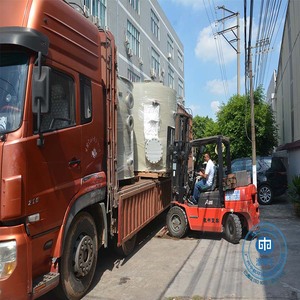 The system is sent to Shanghai, a modern agricultural science and technology museum, and a demonstration base of indoor freshwater fish recirculating aquaculture system. The customers are mainly used to show the modern aquaculture technology and facilitate the promotion of the transformation to serve more traditional farmers.

With the maturity of industrial recirculating aquaculture technology and the gradual strengthening of national environmental protection consciousness, many traditional aquaculture farmers have to face the transformation, and industrial recirculating aquaculture is relatively a new development opportunity, which also attracts many inexperienced people to invest in the system, energy-saving and drainage-saving, easy to operate. And other characteristics make people feel friendly, unlike traditional farming, which is vulnerable to weather. Because the system can be used indoors, the weather impact can be neglected, and the economic benefits are also significantly improved.

The following is the on-site shipment chart: