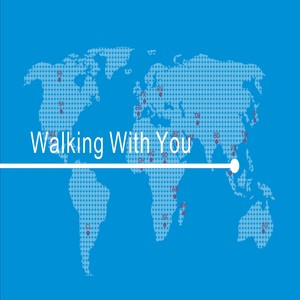 Cause of Water Color in Charm Factory Recycling

Cause of Water Color in Charm Factory Recycling

What are the main good colors of aquatic products? [ Acid] [ Laughter] [ Too happy] [ Too happy] Aquaculture industry, if you do not know what causes the change in color of the aquaculture water body, it means that you are too irresponsible for the breeding target, so you must become a "lecherous person." Let's talk today about the color of water in factory cycle aquaculture.First, talk about the difference between good water color and bad water color; In everyone's mind, what is the difference between good water color and bad water color? Clear water is clean. Is this good water? Is muddy water not suitable for fish farming? What's so good about Shimizu? What's wrong with "muddy water"? Let's take a look at the following water color map and analyze it to see what kind of water color you think is good.The first is brown water, the second is clear water, the third is dark brown water, and the fourth is green water, half of which you will choose?1, tea brown + water2, tea brown + dark brown3, tea brown + tender greenTell us the reasons for the emergence of various water colors, we have the answer in our hearts.Tea brown; The main component is that diatoms are more produced. Diatoms are a class of single-cell plants with pigment bodies that are often joined by several or more individual cells into various groups. Diatoms have a variety of forms. Of the four major algae, only diatoms can produce tan water color when they occupy a dominant group, and this algae does not produce algal toxins after death.Clear water; This kind of water color is good water on the surface, but many fish ponds where the phenomenon of turning ponds occurs are such water colors. In ancient times, it was said that there was no fish in the water until the Qing Dynasty. Yesterday, it was said that 80 % of the oxygen in the water body was derived from algae through photosynthesis. There is not much algae in the water. How can there be enough oxygen?Dark brown; In the process of aquaculture, there will be a phenomenon of black pond water. The reason for dark pond water is generally caused by darker algae and excess organic matter. There are bad conditions and good conditions. However, most cases still belong to the one with too many organic substances. The appearance of this water color is better dealt with as soon as possible.Green; I know a lot of people compare this kind of water color, and I like this kind of water color when we have a little bit of aquaculture common sense. Many people know how to make this water color, but do not know the reason for this. In fact, it is produced when the blue-green algae in the water body becomes a dominant group. This water color is "fat", "live", "tender" and "cool". In the early stages, it is a kind of water color that is relatively good, but it will take time to maintain in the middle and late stages. Because blue-green algae are only the collective names of blue-green algae and green algae, they are actually different algae Gates. When green algae is the dominant group, it is this water color. In the middle and late stages, blue-green algae will become the dominant group. After the blue algae aging and death, a large amount of algae toxins will directly harm the fish. The formation of a layer of blue oil film on the surface of the water is the dead body after the algae died.

There is also a kind of water color is "rust water", which is caused by the death of algae after the formation of a dominant group of naked dinoflagellates. It usually occurs in fish ponds that have never been enriched with water. It is also a dangerous algae. Many fish ponds will have this phenomenon before they turn over. When it comes up, it has to be handled.