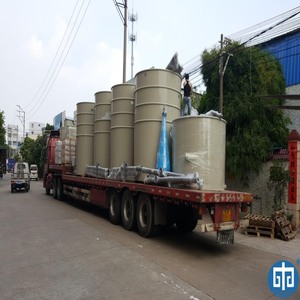 The Thought of Liberating the Peasants

I.It has been learned from visits that in some places, the ideological traditions of the older generation prevail among the peasant masses, who cultivate and feed on the sky by relying on their previous traditional experience. For the peasant masses of the older generation, we should guide them, explain and publicize modern breeding techniques and encourage them to experiment with small areas and compare them with traditional farming. The farmers should see the achievements of modern agriculture and gradually accept modern, scientific and ecological breeding methods.II. Solving the phenomenon of land abandonmentAccording to surveys and interviews, most farmers in rural areas today still rely on the traditional breeding model for breeding, and the net income of farmers throughout the year is about 3,000 yuan, and there is nearly 3,000 yuan in wages for a month to find a job in the city. This led most farmers to choose to work in the city. To deal with this phenomenon, we need to introduce owners or companies to negotiate with the peasant masses to contract their land or to participate in our modern breeding model by means of land shares. Let a small part of the peasant population enjoy the feeling that modern farming techniques make the wallet bigger, so that the peasant masses themselves can engage other farmers, and at the same time, the government must vigorously publicize and encourage aspiring young people to return to their hometowns to start their own businesses. The phenomenon of land abandonment is fundamentally solved.III. Resolving the Deficiency of Breeding TechnologyAccording to the survey, the rural areas are still dominated by traditional breeding, and the technology and management level of breeding are relatively backward. In the event of drought, we rely on the day to eat, and the use of modern breeding technology and management will solve these problems. For example, using drip irrigation systems not only saves manpower, but also solves problems such as drought, reducing the amount of fertilizer used, and at the same time, it will increase the yield of breeding by 12 times that of traditional breeding. It will also greatly save manpower, reduce labor costs, fertilizer usage and toxic pesticides to the environment and other advantages. Therefore, traditional models and modernization will generate competition and technology replacement, and of course will produce different sounds in the process of modern technology and traditional technology replacement. Therefore, It is necessary for the peasant masses to see the effect of modern breeding techniques on the peasant masses in terms of low cost and high returns, and indeed to raise the peasant masses 'money. In this way, the farmers will be able to accept modern breeding techniques and feel the benefits that modern breeding techniques bring to the farmers 'masses. At the same time, modern technologies and scientific researchers must publicize and popularize modern breeding techniques. In the form of owners to form a little face effect, mobilize the active participation of the peasant masses. At the same time, professional technicians should be allowed to teach the peasant masses how to manage and fertilize relevant technologies at what time of the year. We must ensure that the masses of farmers truly master modern breeding techniques, and at the same time strengthen their links with scientific research institutes to keep abreast of the relevant technologies and the dynamics of new types of breeding, so that modern breeding techniques can be updated at any time. And can teach the peasant people faster and bring them good technology and good profits.IV. Solving the Problem of MarketingThe modern breeding industry needs a good market when it develops. If the products that are cultivated are not sold out, then even the best modern breeding technology is futile. Therefore, at the same time as the implementation of the substitute breeding technology, we also need to give a clear position on the sales of products. With a clear positioning, in order to know their own development direction, with positioning can know where to promote their own products, how to improve their product visibility. At the same time, we must also use the advantages of the Internet to rely on the current rural taoji to sell directly on the Internet. We can also query the price and demand information of products in each period, and we can also ask the local government to help build a better platform for promotion and promotion. You can also invite people from all walks of life to visit the breeding land(park) and experience the rural Tianyuanfengguang to increase popularity. With the popularity, your modern breeding products are still afraid of no market?Modern breed culture model will gradually replace traditional breed culture modelThe traditional culture model has a great influence on the environment, people's health and farmers 'income. The traditional model can not withstand the impact of the market and will directly affect the happiness of farmers. The modern mode is the quantitative and qualitative production combined with the modern people's living needs, and it is the direction that people pursue. At the same time, the modernization model is a cooperative model of collective alliances. It has strong resilience to resist the volatility of the market and is also an advance of the times. Therefore, the modern breeding model will gradually replace the traditional breeding model.It can thus be seen that traditional aquaculture in the harsh earth circle, the new model of aquaculture is more environmentally friendly value. To this end, we should defend the economic factory recycling water system of the aquaculture biosphere. In order to protect the environment, common breeding tomorrow more pay, less complain.What if the conversion should continue? In general, the transition means a new way to accept the aquaculture model, which means that various factory farming technologies, such as fish farming industry technology, PEI patent technology, sewage technology, physical filtration technology, microbial photolysis, water purification treatment, exhaust gas treatment and other fields.